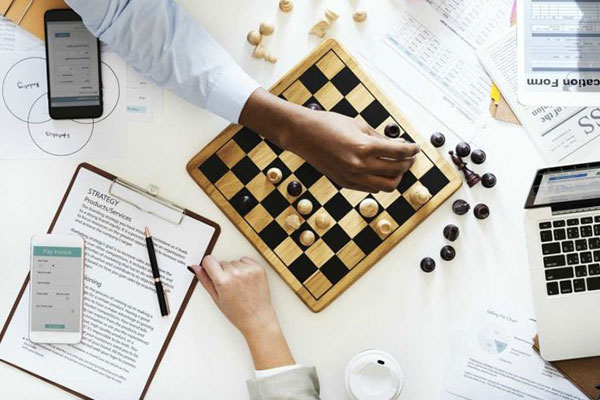 ABC PropCo (“The Company”) was established in 2015 as a growing and budding property management company serving property owners in the Denver Metro area. Its sole owner (Joe) was a hands-on entrepreneur as he managed every facet of the business. He enjoyed a steady growth rate as he added customers, employees and operational capacities as the business organically grew. In the property management sector, each business has a fairly distinct service offering/value proposition so, as a business development strategy, Joe got to know other property management companies in the area which would lead to quality client referrals on a regular basis. Joe was happy with the steady growth of ABC PropCo and up until mid-year of 2020, had 15 employees and the business was running smoothly and orderly.

In September of 2020, one of his friendly competitors (“Target Company”) reached out to Joe to let him know that he was going to sell his company. Due to the relationship they had built over the years, this company trusted Joe and knew that ABC PropCo would be a great fit for his employees and customers. Joe and ABCPropCo had never made a strategic acquisition before and the current business was performing and growing just fine so there was a strong sense not to want to complicate a lot of the positives that characterized ABC PropCo and Joe’s current quality of life.

Feeling conflicted, Joe turned to his network for some guidance. He engaged an outsourced CFO to help with the financial modeling of the opportunity and he talked with his leadership team and his other business owner peers who have been involved in mergers and acquisitions before. One of these peers highlighted an acquisition his company made of a similar size and scope and he explained to Joe how meaningfully positive the deal was to his company and its growth trajectory. After a lot of thought and consideration, including gaining multiple perspectives from his network, Joe made an offer to acquire Target Company. If successful, the acquisition would produce the opportunity to grow his company’s revenues by more than 50% which would produce enough accretive cash flow to allow Joe to deploy additional investment into further growth opportunities in the future.

In particular, the transaction would produce a good amount of both operational and revenue synergies. These synergies would help produce additional cash flow that would position the company to invest even more into its sales, marketing and other growth efforts. The business model synergies were so nicely complimentary, the acquisition was expected to produce minimal employment attrition and disruptions, especially with the employees responsible for managing client relationships. Retaining these employees, and their corresponding relationships, would be critical for the acquisition to achieve its financial goals. Joe also saw a lot of money being left on the table with some small service fees that are typically normal in the day-to-day operation of this type of busines that would have the opportunity to directly increase revenues by upwards of 20-30%.

As Joe proceeded into due diligence, he was confronted with a number of challenges that threatened the possibility of the deal getting closed. The first was financing. The transaction required the use of traditional bank debt, specifically an SBA loan. Due to a number of factors outside of Joe’s control, the process not only took a long time but required a lot of additional work and time from Joe’s day-to-day management of the company to handle a lending process that wasn’t executed efficiently. This caused the need for Joe to restructure his work-load including delegating a number of important activities in addition to self-managing the lending process.

Joe also had to manage a seller who had become very emotionally tied to his business and the thought of selling it. Joe had to be steadfast in dealing with a seller who went hot and cold on whether or not he was even going to sell. This took long hours and a delicate management of intense emotions from the seller. Luckily, Joe was able to hire a third-party advisor (in this case a lawyer) who was able to create a tangible timeline with clear deliverables for both parties to be held accountable towards. This drastically helped both parties stay connected throughout the process and progress the deal in a systematic way.

Then, because of the delays caused by the seller throughout the due diligence process, the LOI expired. At which time, the seller decided to attempt to re-trade the deal at a higher purchase price. Luckily, Joe was able to hold his line and negotiate an extension without needing to adjust the purchase price. It was about this time, to further complicate the deal due diligence process, the business valuation came in at a lower number than what was expected. Joe had to make a decision whether his pro-forma was strong enough to bring additional equity into the deal. After even further diligence, he proceeded with the new deal structure, realized he would still achieve strong investment returns and kept the deal moving forward.

As Joe took over the target company, he faced a serious challenge with the seller. Due to the handful of delays and timeline extensions, the seller was checked out and not managing the business or his employees. Facing the threat of lost employees and customers, Joe was able to start meeting with the employees prior to closing. By doing so, he was able to kick-start the integration process and save what could have been a very damaging event both financially as well as operationally.

As Joe officially closed and started implementing his longer-term integration plan, he worked through a number of operational challenges including, changing software systems, banking relationship migrations, employee and customer turnover and even a lawsuit. The integration of this transaction proved to be much bigger project than what Joe was expecting which caused some collateral damage.

While the integration was painful, Joe learned a lot and is even better prepared for the next acquisition. At the end of the day, the transaction proved to be very beneficial to the organization from a financial perspective and Joe continues to focus on the repair of some of the wear and tear that the acquisition caused with employees and customers. As Joe gears up for more organic and inorganic growth, he is better equipped to handle the next acquisition with a bigger focus on the details on both the transaction as well as the integration process. Joe is able to look upon this case study as a success but also as a learning experience as his entrepreneurial awareness, business acumen and ability to quickly act to solve problems allowed him to overcome all of the challenges that presented him during this acquisition and his next one will be even better and stronger.

We help executives teams build their business through strategic mergers and acquisitions.